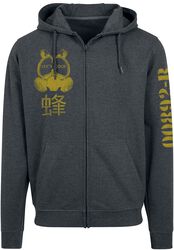 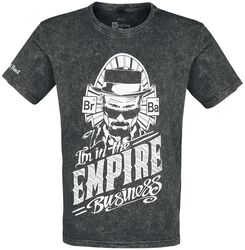 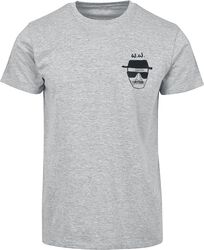 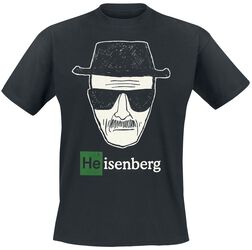 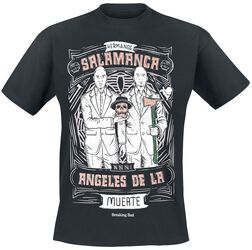 The successful TV series Breaking Bad is all about Walter White, who’s just a normal guy – honest. If he hadn’t received a shock cancer diagnosis, everything would have gone quite differently for him. Walter is fifty years old, works as a chemistry teacher at a high school and lives with his pregnant wife Skyler and his disabled son Walter Junior in a house in Albuquerque. It’s clear to Walter that his family will not be able to cope financially without him after his death. In his desperation, he searches for an idea that will help him gain a lot of money very quickly. One thing is clear to him: He’s not going to live much longer. The cancer is spreading and his chances of healing are close to nil. At this point, the only thing he cares about is securing his family’s future. And so, the chaos begins…


When Walter White tells his family about his cancer, they are all shocked. His brother in law Hank wants to distract him, and so takes him along to his work. Hank doesn’t have any old 9-5 job though. He works for the DEA, the American Drug Enforcement Agency. Walter watches as Hank takes down a methamphetamine laboratory, and notices how much money these drug enterprises bring in. On his tour, he also finds out that his former student Jesse Pinkman is a drug dealer. Pinkman and Walter set eyes on each other during the raid, but Walter decides not to grass on him.


After this experience, it’s clear to Walter what he needs to do: He’ll earn the money he needs by selling drugs! After all, he’s a chemistry teacher and knows his way around a lab. Pinkman has to help him cook, otherwise Walter will sell him out to the DEA. Together, they produce blue crystal meth in a trailer. The quality of the product is better than anything on the drugs market, and the two quickly make a name for themselves. With the money they earn, Walter pays for his cancer treatment and sets aside a financial cushion for his family. The business goes better and better, and the two meth cooks think about handing the operation over to the drug boss Tuco Salamanca. Not a good idea! Salamanca is extremely impulsive and ends up being shot by Hank. And his is not the only death that paves the way for Walter White’s continued success.


Walter White also becomes known by his alias, Heisenberg, which is shown on loads of our Breaking Bad fan merchandise. He starts to cooperate with Gustavo Fring, and the results are, let’s say… explosive! When his wife finally finds out how he got hold of all that money, things become even more complicated. Skyler cheats on her husband and simply can’t handle the guilt of living on drug money. Then of course there’s Hank, who is always one step behind Walter, and of course the damned cancer.