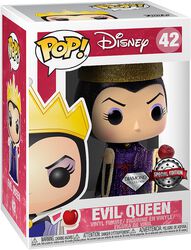 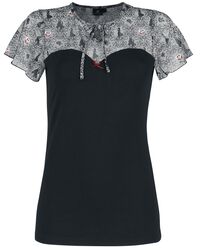 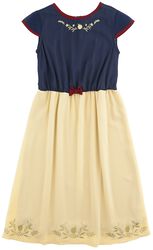 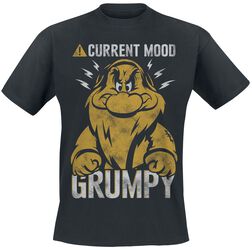 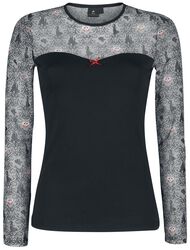 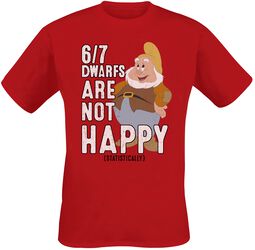 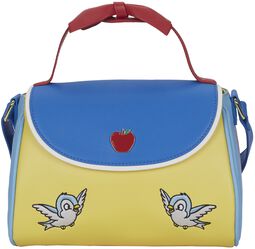 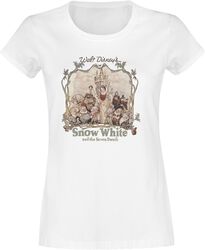 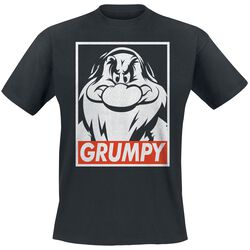 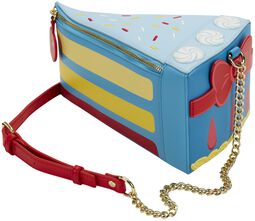 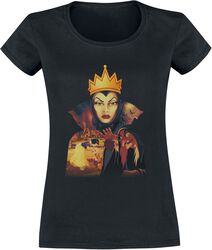 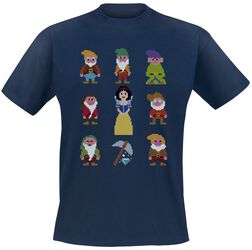 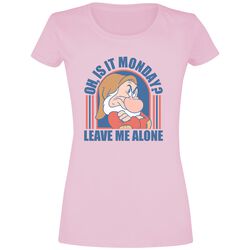 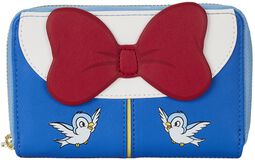 Mirror, mirror on the wall, whos the fairest of them all? You of course, with the merchandise from our EMP Snow White Shop. The enchanting jewellery makes you shine and the Seven Dwarfs Coffee Cup lets you wake up joyfully from every fairytale sleep.

The character Snow White originated from the fairy tale of the same name by the Brothers Grimm about a German princess with a jealous stepmother. Walt Disney turned this classic fairy tale into his first animated feature film. As early as 1937, Snow White was the first enchanting cartoon princess to dance and sing her way into many hearts. Meanwhile, the story of Snow White, her evil stepmother, the seven dwarfs and the fateful red apple has become a true classic, but one that has lost none of its beauty and uniqueness.

Once upon a time there was a queen who dearly wanted a child, "If only I had a child as white as snow, as red as blood, and as black as the wood in this frame." and indeed her wish was granted and she gave birth to a girl, as white as snow, cheeks as red as blood and her hair as black as ebony. That's why they called her Snow White. But the luck did not last long, because soon afterwards the queen died. The king took a new wife who was beautiful, but also proud and very vain. So vain that she thought she was the most beautiful woman in the whole wide world. It was confirmed by her magic mirror.

Mirror, mirror on the wall, whos the fairest of them all? When the magic mirror calls out 'Snow White' one day, the evil queen is furious. Because she cannot bear that her stepdaughter is prettier than she is and sets a hunter on the princess. But he cannot carry out her order and instead lets Snow White flee into the dark forest. There she not only meets the animals that live there, but also finds a small house.

It's dusty and dirty there, and Snow White starts cleaning up then exhausted she falls asleep. When she wakes up again there is a huge surprise - seven dwarfs are standing by her bed: Grumpy, Dopey, Doc, Happy, Bashful, Sneezy and Sleepy. They are completely enchanted by the pretty princess and even the grumpiest dwarf can't hide his red cheeks. Snow White is safe with the dwarfs for a while, but then the queen finds out through her magic mirror that Snow White is still alive and does everything she can to get rid of her.

★ At 14, she is the youngest of the Disney Princesses.

★ As a zodiac sign, she is Virgo: Reliable, tidy, thorough, disciplined - these are all characteristics of Virgo and Snow White proves them in her very caring coexistence with the seven dwarfs.

★ At the 1938 Oscars, Walt Disney's "Snow White" received an honorary award for a major screen innovation and was celebrated with one large and seven mini statues representing Snow White and her seven dwarfs.

Whether you are sleepy and need pyjamas or grumpy and need something to drink your morning coffee out of, in the Snow White shop at EMP you will find all the merchandise that your heart desires.