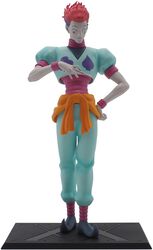 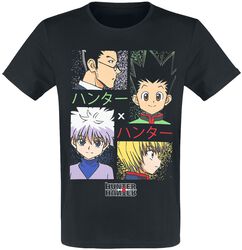 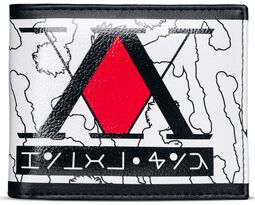 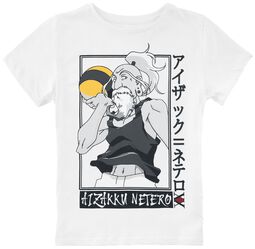 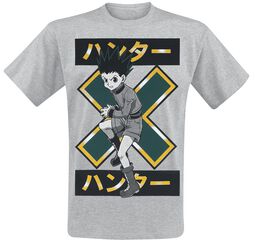 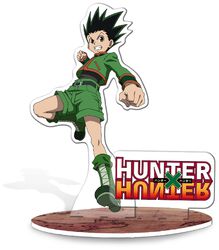 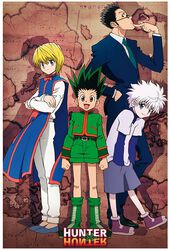 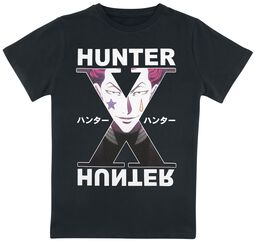 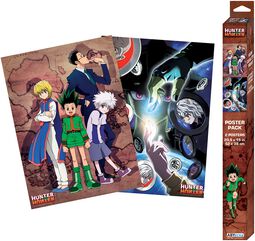 The Japanese manga series hunter x hunter has been adapted into a 62-episode anime television series and as well as numerous audio albums, there have also been video games, musicals and other media and merchandise based on the franchise. In the EMP online shop you will find all the merchandise that your fan heart desires including Gon, Killua and Hisoka merchandise.

Written and illustrated by Yoshihiro Togashi, the manga series hunter x hunter focuses on a young boy named Gon Freecss, who lives on Whale Island and was abandoned by his father at a young age. Originally believing that both his parents are dead, Gon later learns from "Hunter" ‘Kite’ that his father is alive and is a world renowned hunter. Gon embarks on a journey through the paranormal to follow in his fathers footsteps and become a hunter as well. However, he soon realises that the path he has chosen is much more challenging than he first imagined and a lot stands in the way of him achieving his goals and finding his father.

Did you know that the show references the band Deep Purple twice. Morel's Nen Ability is literally named Deep Purple and when he makes a raft on the water out of his smoke he embodies the Deep Purple song ‘Smoke On The Water’.

A hunter is an exceptional being capable of greatness - one who is skilled at finding secret treasures, rare beasts or even other individuals. To become a professional Hunter Gon must leave the island and pass the formidable Hunter Examination, which only 1 in 100,000 people pass. As he embarks on his journey he meets and befriends three other hunter applicants: vengeful ‘Kurapika’, aspiring doctor ‘Leorio’ and ex-assassin ‘Killua’.

Gon passes the hunter examination and eventually together with his friends, he earns the right to play a video game and choose artefacts from the game that are necessary to reunite him with his estranged father.

Did you know that the creator of Hunter x Hunter is married to the creator of Sailor Moon? Resulting in a few crossovers between the series. For example, when Usagi is in the arcade we see a video game named ‘Greed Island’ and in hunter x hunter, alluka is playing with a toy Usagi and tuxedo mask.

In the EMP online shop you will find all the Hunter x Hunter merch that your heart desires including T-shirts to brighten up your anime wardrobe and posters to bring some classic shounen magic into your living room. You will also find other merch related to Hunter x Hunter in our online shop such as Tokyo Ghoul, My Hero Academia and Sailor Moon.