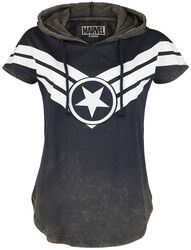 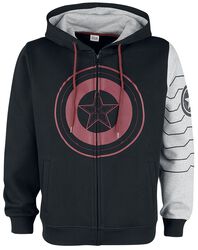 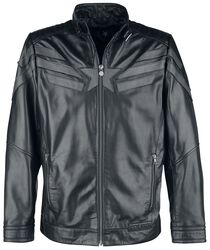 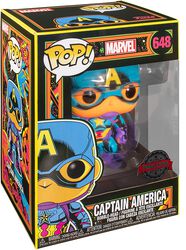 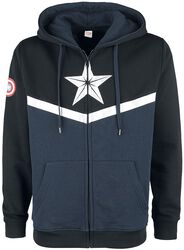 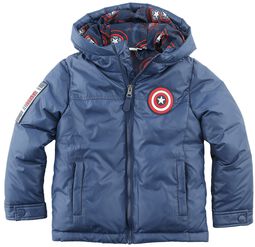 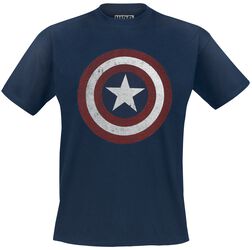 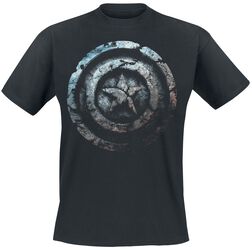 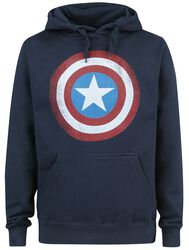 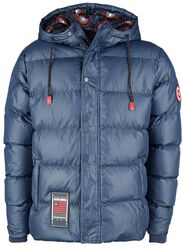 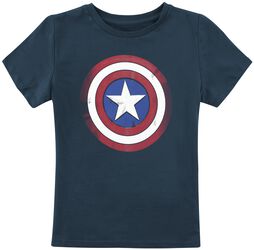 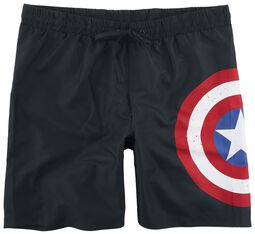 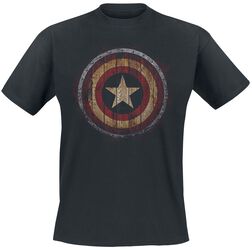 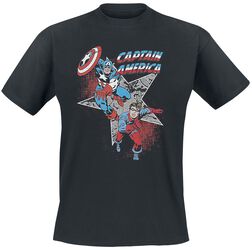 Discover epic merchandise in the Captain America shop at EMP! How about a blue Captain America T shirt? The indestructible vibranium shield sits in the middle of your chest. It protects the Marvel hero from attacks of any kind and maybe this property will rub off on you! Captain America fan merch also includes limited edition Captain America figures - perfect for collecting!

One of the first super heroes

In the Marvel Universe, Captain America is one of the very first superheroes. The comic figure first premiered in 1941! At that time he fought mainly against Nazis and saboteurs. The world was at war and 'The Captain' gave hope to readers. After the end of the war, the superhero still kept busy but his comic stories turned to socially critical issues. The red-white-blue hero never shed his fighter nature though - not even to this day. Things have not always been easy for him: The captain has been shot, frozen, thawed and has disappeared without a trace - so he has had a lot to take.

In 2011 the time had finally come: The Marvel figure found his way onto the screen. With “The First Avenger” filmmakers laid the foundation and dedicated a movie to the superhero. But it wasn't just one movie. It was followed by "The Return of the First Avenger" and "The First Avenger: Civil War", where fans got to see Captain America on the big screen with other Avengers.

Marvel writes the year 1942: The USA is in the middle of World War II. A secret organisation called "Hydra" acts for the Third Reich and steals a unique cube in Norway: the tesseract. It has a never-ending source of energy and that means power - power for whoever is in possession of the energy cube. Nazis with an infinite source of energy - you can hardly imagine anything worse, right? The USA thinks so too.

At the other end of the world in New York City, weakling Steve Rogers (Chris Evans) is repeatedly retired from the army due to his physical health complaints. However, this frustrates him quite a bit because he really wants to fight for his fatherland! But he doesn't give up. When he is with his best friend Sgt. James Bucky Barnes (Sebastian Stan), at an exhibition, he tries to re-enlist himself. After over-hearing his conversation with Barnes about failing again, Dr Abraham Erskine allows Rogers to join the army.

The transformation of Steve Rogers

Rogers comes to Camp Lehigh and trains with other recruits. Rogers is short, thin, has no muscles, and looks quite sickly overall. America can do without his help. But he makes up for his slender body with his intelligence, inventiveness and courage. These are the qualities that inspire British agent Peggy Carter (Hayley Atwell) and her superior, Colonel Chester Phillips (Tommy Lee Jones). Not knowing that it is a test Rogers throws himself onto a grenade to save his comrades and as a result Rogers qualifies for an experiment. Dr. Erskine tells him about a powerful serum that can increase a person's physical abilities and change their entire being.

The US wants to create a whole army of super soldiers and Rogers would be the first piece of the puzzle. Despite the risks, Rogers goes along with the plan. In a secret laboratory he transforms into a large, muscular soldier. What a result! But there will be no army - Erskine is shot and there is no more serum!

Without an armada of super soldiers, Colonel Chester Phillips doesn't know what to do with the mutated Rogers. He is degraded to an advertising mascot: As "Captain America", he is costumed with a mask, cape and shield to advertise war bonds and is supposed to recruit new soldiers. Rogers has to endure these dancing and singing performances for a long time.

He can only prove himself in November 1943. He appears behind the Italian front with his propaganda show, but then part of the regiment does not return from a mission. Among the missing soldiers is his friend Barnes. Rogers decides to help and, with the help of Peggy Carter, lets himself be dropped over the occupied territory.

..That's all folks. You will have to find out for yourself how the story ends, or maybe you already know. Whether a life-long fan or just discovering the Captain for the first time, you will find loads of great merchandise in the EMP shop to celebrate this American hero.