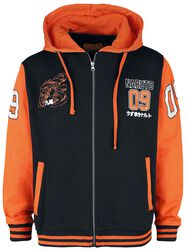 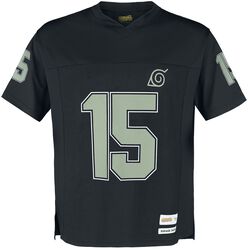 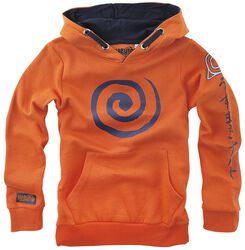 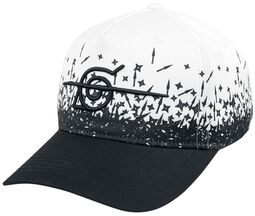 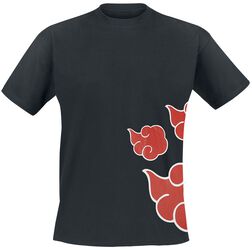 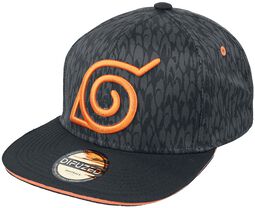 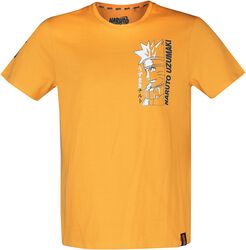 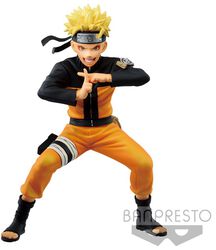 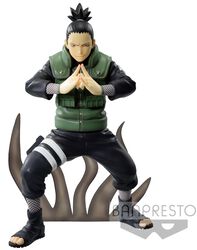 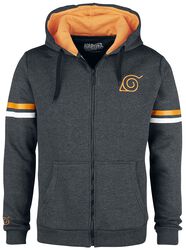 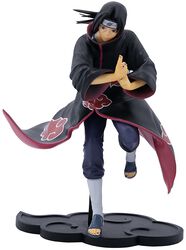 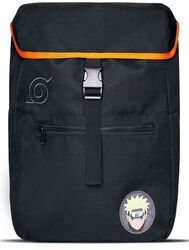 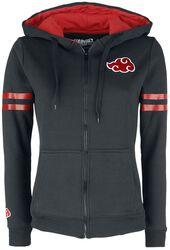 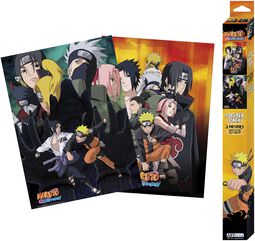 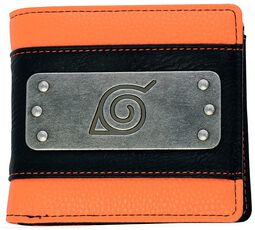 Naruto Merch at low prices in your fan shop

"If you think the Simpsons has been long running, you mustn’t know about Naruto – the anime giant that ran for SEVEN HUNDRED volumes.


With such a lengthy legacy to pluck from, here at EMP we’ve plumbed the history to bring you the very best Naruto merch featuring iconic characters, quotes, and memorable moments from the series. The original Naruto manga series completed its run after its staggering 700 volume run in 2015. The final events include the Fourth Shibobi World War, fought between the Allied Shinobi Forces and the Akatsuki. The war is further complicated when several powerful shinobi are raised from the dead, and the powerful Ten-Tails beast emerges. The manga formally ends with an emotional final confrontation between Naruto and Sasuke, something built up to for some time.


What is Naruto about?

Naruto Uzumaki is an orphan boy from the village of Konohagakure. He wants to become Hokage one day, to be accepted by his village. Because ever since a powerful nine-tailed fox spirit was locked inside him 12 years ago, he has been shunned by all the villagers. To achieve his goal, he must become an outstanding ninja. In the course of the story, you not only learn a lot about Naruto and his past, but also about the world and the villains who are after Naruto. A ninja world war breaks out and Naruto and his friends have their hands full protecting the world and their village. The manga was published from 1999 to 2014 and since 2016 the story of Boruto - Naruto's son - has been retold. But for a true Naruto fan, that's not enough, is it? You want to express your love for your favourite anime with countless Naruto fan articles? Then check out our Naruto fan shop. Here you can order all kinds of cool Naurto merchandise cheaply and easily online. With just a few clicks you can buy the perfect Naruto merch for yourself or for someone as a gift.

Believe it - Naruto facts to brag about

Did you know, for example, that Naruto was very much inspired by Dragon Ball Z? That's not surprising, after all Dragon Ball Z was pretty hip in Japan in the years before Naruto came into being. Or what does the four-tailed man who is a big monkey called Son Goku remind you of? The most famous feature or identifying mark used in Naruto is the headband worn by each ninja in a village. These headbands are how you can tell which village they belong to, as each village has its own mark. If you remember the first chapters of Naruto, you will surely notice that Naruto wears a kind of aviator glasses at the beginning, which he later replaces with the headband. Kishimoto originally invented the headband because he found that these glasses were very difficult to draw with. Unfortunately, every ninja wears a headband and so he hardly saved himself any work. But enough reading now! A real ninja must never lose sight of his ninja way. So quickly browse our Naruto fanshop and buy all the great Naruto merch conveniently online so you don't have to interrupt your anime marathon. How about a great Naruto mug for your coffee or tea? Or a matching Naruto t-shirt to go with your Naruto jumper? However, if you're a fan of another great anime series, don't worry! We have more anime merchandise for you in our online shop!

Once the original Naruto story was told, An epilogue chapter that takes place ten years after the war reveals a new generation of young ninja, many of whom are children of major characters. Naruto finally accomplishes his dream of becoming Hokage of Konohagakure. A sequel mini-series that follows Naruto and Sasuke’s children is currently running and is called Naruto Gaiden: The Seventh Hokage and the Scarlet Spring.


The Naruto Shippuden anime is still currently airing and has reached over 440 episodes. The anime includes several story-arcs not covered in the manga.


With spin-offs capturing new generations and the original still enduring, it’s hard to pin-point exactly what it is that makes Naruto… well, Naruto. It’s incomparable. The storyline paid such close attention to detail in every aspect – creating new worlds, weaving in complex histories, growing character developments for real heroes and villains with emotional depth. There were ‘ships’ to root for (no, not like the QE2 – relationships, love stories, allies) and there were real storylines that had resounding impact on the fandom.


We know we’re preaching to the converted already. That’s why instead of trying to sell you Naruto, we’re selling Naruto merch. Celebrate your fandom with Naruto t-shirts and other clothing, some of which are EMP exclusives. As well as t-shirts with the likes of Itachi, Sasuke and, of course, Naruto, other clothing and accessories in the merch store include headbands, wallets, mugs and collectible Naruto action figures. From everyday clothing to Naruto gifts, check out the full collection online today.