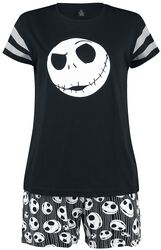 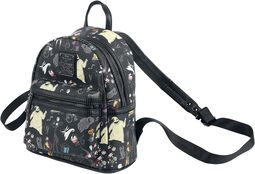 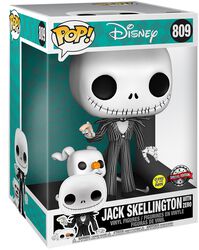 From £20.99
Jack Skellington - Skulls   The Nightmare Before Christmas   Pyjama Pants
(11) 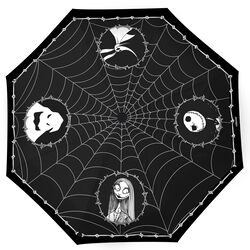 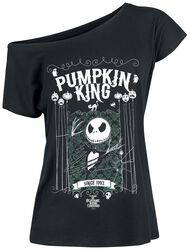 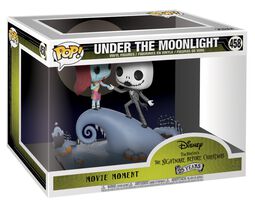 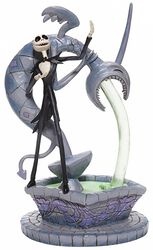 £83.99
Jack Skellington on Fountain   The Nightmare Before Christmas   Collection Figures 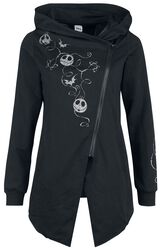 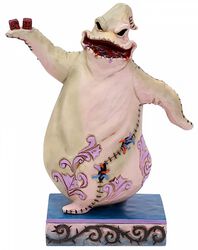 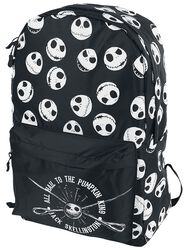 
A scary, beautiful Christmas tale emerged from this Disney and Tim Burton collaboration. Revered by the very scary Halloween Town citizens, Jack Skellington, also known as the Pumpkin King, is the main character. He can be seen in many outfits, his grinning skull being his trademark – and also appears on loads of our Nightmare Before Christmas t-shirts!


Back to the story: this little town prepares all year round just for Halloween, but the Pumpkin King sometimes finds this boring, gets sad and yearns for something new. He stumbles upon 7 trees in the Hinterlands, which have doors to different Holiday Worlds.


As Jack goes through the Christmas Door, he learns about how Christmas is celebrated, and returns with an idea: to kidnap Father Christmas and bring Christmas to Halloween Town.


This dark musical features Jack’s love interest too: Sally, a humanoid ragdoll created by Dr. Finkelstein. She’s a lovely creature, and the only one to warn Jack that his idea might not be so good after all.


She wants the best for him and is secretly in love with him. Girls, if you want to wear a dress like Sally’s, then take a peek at the EMP Online Shop and discover the whole range of The Nightmare Before Christmas clothing


The Nightmare Before Christmas - Fun Facts


Fancy a few fun facts from the world of The Nightmare Before Christmas? Don’t say we don’t spoil you: Tim Burton wasn’t the director, but rather the producer - Henry Selik directed the film. The annual change from Halloween to Christmas decorations is the basic building block for the idea of the film. Filming began before the script was finished and 7 days of filming had to be scheduled for one minute of film.


Now it’s time for you to discover our The Nightmare Before Christmas merchandise, which is just as creative and imaginative as the film itself. Check out The Nightmare Before Christmas dresses, shirts and much more - all in the EMP Online Shop. If you can’t get enough of the exciting Disney adventures, why not take a ride on Aladdin’s magic carpet, or bring some magic to your castle with Disney homeware.