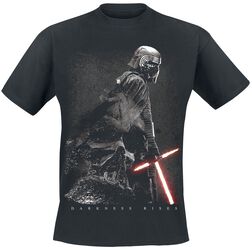 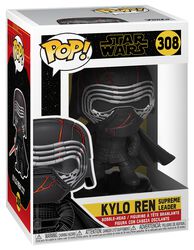 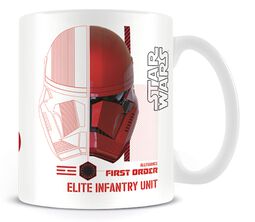 The legendary Skywalker saga ended in 2019 with "The Rise of Skywalker". We had to say goodbye to our beloved heroes like Rey, Finn, Poe Dameron and General Leia. The ninth film of the franchise directed by J.J. Abrams brought the story of the Jedi Knights of the Skywalker family and their friends to an end. Protagonist Rey and her loyal friends from the resistance step into the decisive fight against the evil "First Order", led by Kylo Ren. At the same time, Rey searches for her roots - and what she finds out puts her self-image to the test.

How Disney continues with "Star Wars" after completing this story line is not yet certain. But a new trilogy is already in the works. Sweeten the waiting time until you can immerse yourself in the "galaxy far, far away" again with our "Star Wars" merchandise for "The Rise of Skywalker"! For example, bury yourself with Funko-Pop! characters of your favourite heroes, or treat yourself to a T-shirt with motifs from Star Wars 9.

Without question, villain Kylo Ren mutated into a crowd favourite in the course of the new sequel trilogy from "Star Wars" (episodes 7-9), precisely because he is so unusual as an opponent. Sometimes sadistic tantrums, sometimes devoured by self-doubt, the audience never really knew whether they should hate him or be on his side. His futuristic outfit including a mask, which of course should remind him of his role model Darth Vader, has long since become a cult costume. Because one thing is certain: Kylo Ren is just cool. You can bring this coolness into your home if you order fan merch of this casual anti-hero from EMP here and now. You can get clothing, mugs or posters with Kylo-Ren motifs from us as well as Funko Pop! figures for various heroes from "The Rise of Skywalker".