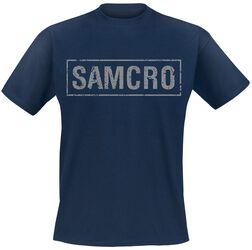 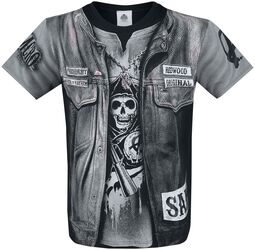 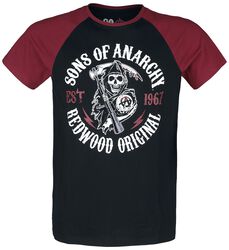 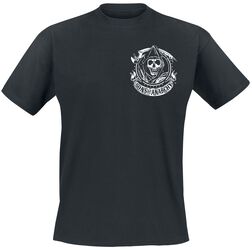 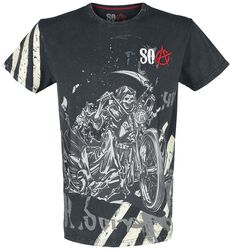 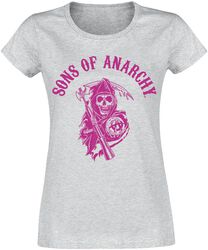 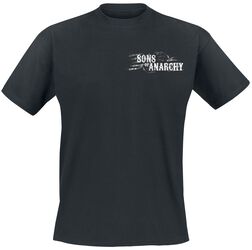 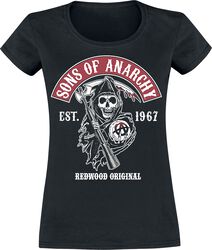 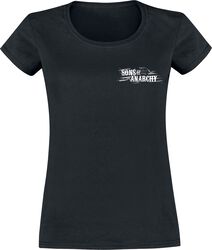 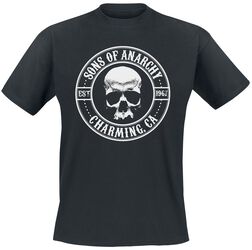 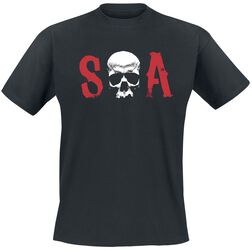 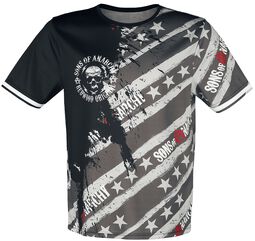 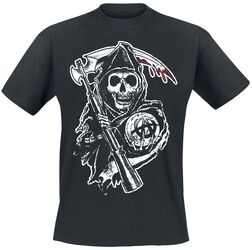 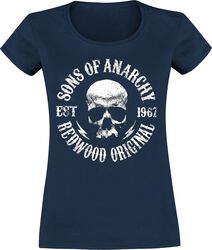 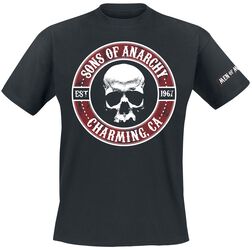 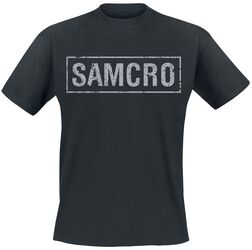 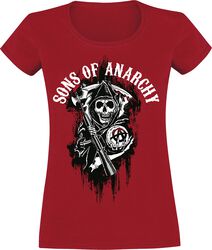 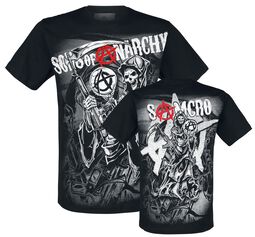 Sons of Anarchy isn’t exactly what we’d call a good influence – unless you really want to throw caution to the wind and join a biker gang. Each to their own. Still, the series had an undeniable impact. If you’re not quite willing to pack up your house, quit your job and ride your motorbike through the desert, there’s still a way for you to celebrate the show and capture the outlaw feeling. Get ready to dress the part and introduce some of that SOA spirit through our choice of Sons of Anarchy t shirts…

With such a wide variety of styles to choose from, our Sons of Anarchy t shirts perfectly capture the tone and attitude of the show. Think tough, edgy and badass artwork and motifs. One of our exclusive SOA t shirts bears the sinister Reaper symbol. The reaper is the main identifier of the Sons of Anarchy Motorcycle Club, and is depicted as a bike-riding ghoulish skeleton. Our exclusive Sons of Anarchy shirt features the Reaper riding holding a scythe up high on the front, with the Sons of Anarchy lettering on the back. Definitely unlike any other t shirt you’ll find on the high street.

Other Sons of Anarchy shirts in our store feature the Reaper symbol, skulls and other macabre imagery. 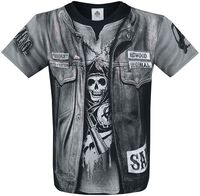 
Join the brotherhood with a SAMCRO t shirt

Despite being the type of people you wouldn’t want to bump into, the boys of Sons of Anarchy are a true brotherhood. Once you’re in, you’re part of something bigger. The Sons of Anarchy Motorcycle Club Redwood Original (SAMCRO) go through their fair share of tragedies and triumphs, but they come together when the chips are down. If you want to replicate that unity, why not get you and your closest friends a matching SAMCRO shirt? Our SAMCRO shirts bare the logo on the front – bold, but versatile enough to introduce to your daily wardrobe.