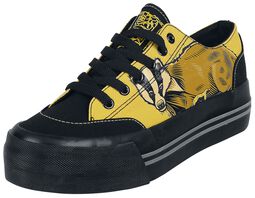 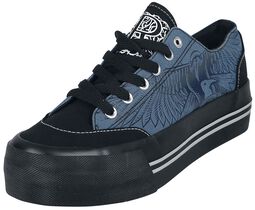 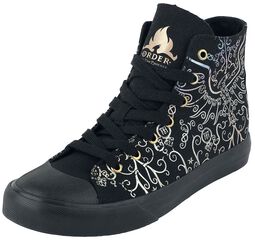 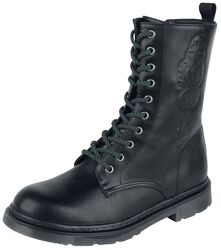 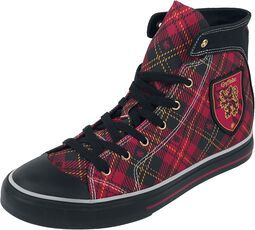 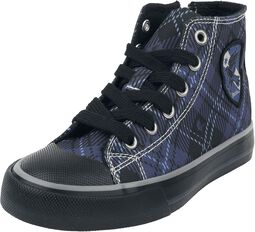 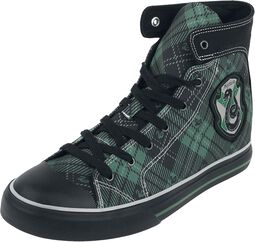 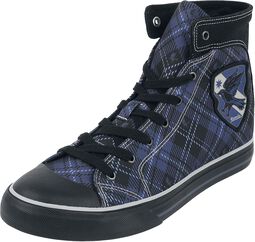 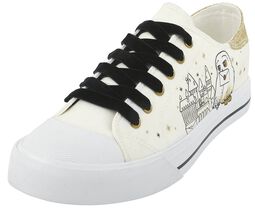 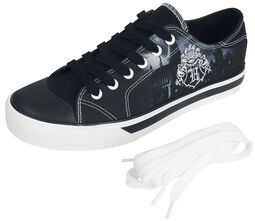 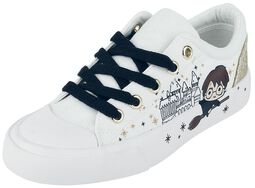 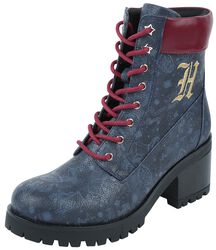 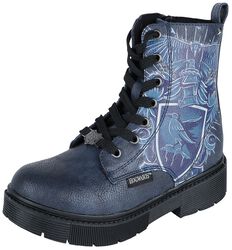 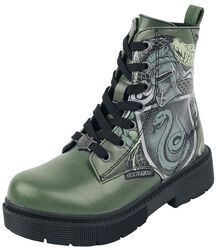 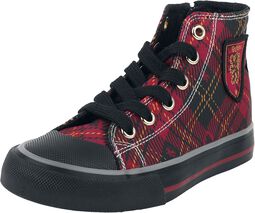 Sorry Kanye. Move over Jordan. There’s a new name in footwear – and Harry Potter shoes weave a magic spell like no other…


That’s right, not content with enchanting the entire globe already, the wizarding world of Harry Potter has entered the realm of footwear and here at EMP, we’ve conjured up plenty of different styles – and some exclusive Harry Potter trainers you can’t get anywhere else.


If you need a reminder as to why Harry Potter trainers are the next logical step in the boy wizard’s takeover, Harry Potter is quite literally one of the biggest franchises the world has ever seen. Yes, the magic, the adventures, the classic tale of good versus evil is what drew many of us in, luring us under its spell but it was the humanity that cemented its place in our hearts. Magic aside, Harry Potter is simply a boy who needed a break, and he got exactly that in the form of lifelong friends like Ron Weasley and Hermione Granger, falling in love and finding purpose as the person who saves the world… a few dozen times.

What started out as a children’s book quickly gained a far bigger fan base and, by the time the final film adaptation from the best-selling books was released, the total value of the Harry Potter franchise was estimated at over $25 billion - making it one of the highest-grossing franchises of all time.


Many people escaped in the world conjured up by Harry Potter – they dreamt of going to Hogwarts, of being sorted in one of the houses. That might not be on the cards, but you can still dress the part and bring a touch of magic to your everyday life thanks to these Harry Potter shoes.


The collection of Harry Potter footwear includes four different Harry Potter shoes inspired by each of the Hogwarts houses. If you know you’re a Gryffindor, take stride in your pride. Or add some Slytherin to your strut. If you like diversity, why not get all four so you can mix and match which house you are depending on the day? These Harry Potter trainers are exclusive to EMP – doesn’t matter if you have the password to the Fat Lady Portrait, the only way you can get these is from us!


Whichever one of our Harry Potter shoes are your style, shop securely knowing you’ll be receiving fully licenced, top quality craftmanship faster than you can say “Accio my favourite pair of shoes.” Once you’ve picked your trainers, complete the outfit with other Harry Potter clothing and accessories. 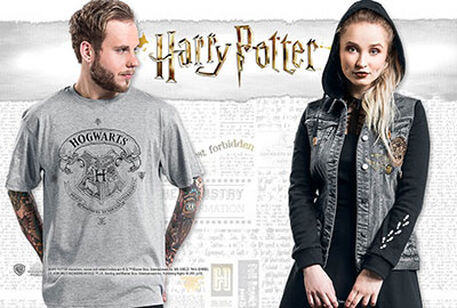 
Haven't found all the right shoes for your outfits yet? Then check out our other shoe shops: