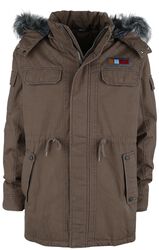 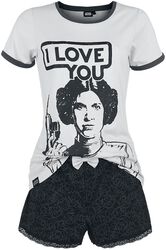 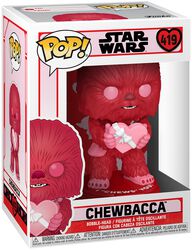 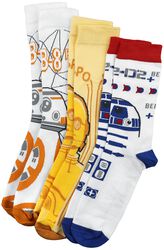 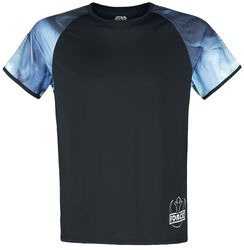 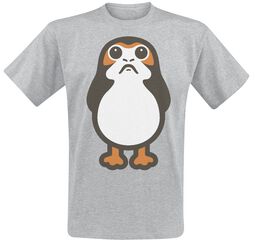 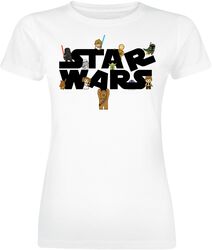 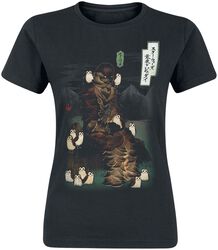 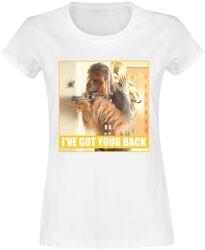 "Chewbacca here is co-pilot of a spaceship that comes into question", with this legendary sentence Chewie got his first big appearance in the probably most famous star saga of all times and since then it is impossible to imagine Star Wars fans without him! A steel ammunition belt around his shaggy waist, thick fur from head to toe and with a body size worthy of a Wookiee, this is how Chewbacca defies the dark side of the Force in no less than seven of nine episodes! Reason enough, then, to set up your very own Millennium Falcon with Chewbacca merch from the EMP Online Shop! Or in Chewie's words, "Rrooaarrgghh!"... or something like that.


There's probably no other way to describe the team around Chewie and Han Solo. The two pilots have faced off side by side in every battle so far and have made the Empire furious on many occasions. Who wouldn't want to dress in the style of the courageous Chewbacca? Whether it's a bathrobe or overalls, now you too can slip into the skin of a Wookiee and unleash the power of the light side! And if a thick coat doesn't seem practical in the summer, you can always spend your holiday on Hoth... or Starkiller Base... or just grab some of the handy Chewbacca T-shirts from the EMP Shop! And why stop at one character when you can have them all? Because our Star Wars range is at least as numerous as the troops of the First Order! Whether you're a Sith Lord, Jedi Knight, smuggler or princess - this is where the heroes and villains from Star Wars come together.


The most important meal of the day? Exactly: breakfast! Because even space pilots can't really get out of bed without their coffee! With the Chewbacca cups and mugs from the EMP Shop, you can enjoy the morning hours like a real Wookiee. But wait, today's your big day and you're being asked to do the Kessel Run in less than 12 parsecs? Then you'd better pad your pilot's chair with a comfy Chewbacca cushion, because in the storm of intergalactic space vortices, it's bound to get a little bumpy even in the Falcon...


And speaking of the Falcon, what would an aircraft be without the right bobblehead in the back seat? Get your very own Chewbacca Funko Pop! Figure and show everyone on the streets which shaggy bear your fan heart beats for. No matter which accessory you choose, you'll be the star of the Wookiees on Kashyyyk with a few modern shirts, cool posters and rare collectible figures! With that in mind, "Chewie, we're home."