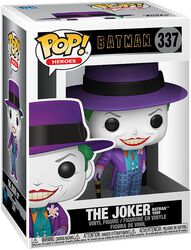 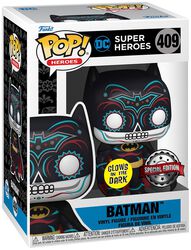 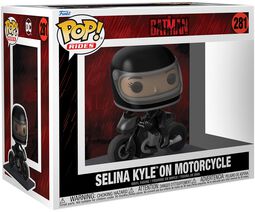 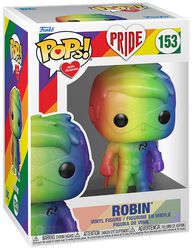 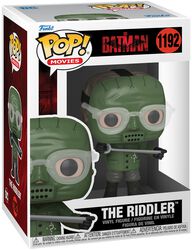 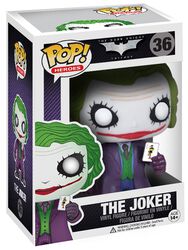 This dark avenger is no longer only known to comic fans. After all, Batman has made it onto the television screens and screens of this world for a long time and is considered a true pop culture icon. An icon with an impressively long history.

The hero from DC, conceived by Bob Kane, was immortalized in colourful print for the first time in 1939. Today Batman's tragic and exciting story is known to every child. No wonder: the transformation from the sheltered billionaire son Bruce Wayne, to the traumatized child who lost his parents, to the hard-boiled superhero - has lost none of its fascination after over eighty years. Not least thanks to constant new film adaptations, which continuously breathe new life into the man with the bat mask.

Are you a fan too? Then get the iconic Avenger from Gotham home now. At EMP you can expect a large assortment of licensed Batman figures to play, collect and admire. Have a look through our offer and we will deliver your hero to your doorstep.

Fan merch in many designs: Batman figures by EMP

Is Christian Bale from Christopher Nolan's acclaimed Dark Knight trilogy the best Batman? Are you kidding me? Are you serious when you say that. Some fans prefer Michael Keaton, who played Batman in Tim Burton's films. Or do you like Val Kilmer, who played Batman between these two incarnations?

Whatever your favourite: At EMP you will find products for Batman fans from the different generations, Batman series and comic book series. These include real insider gems, such as the Batman Red Rain variant from the creepy Batman Red Rain trilogy. In this, the hero mutates into a bloodthirsty vampire thanks to an encounter with Dracula.

Good to know: In addition to this member of the Justice League, you will also find legendary Batman villains and companions in the EMP action figures shop. After all, what would the dark knight be without his opponent Joker or his loyal assistant Commissioner Gordon? By the way, at EMP you have the choice between hand-painted resin statues, which are mainly used as collector's items, and the iconic and funny Funko Pop giant heads made of vinyl. They can withstand rough children's hands and are a great Batman toy - even for older fans.