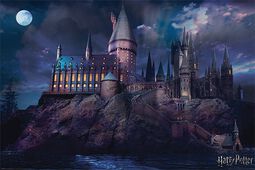 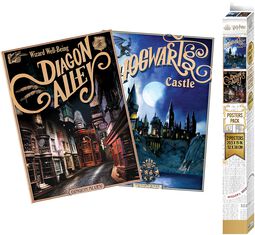 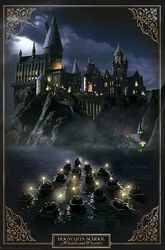 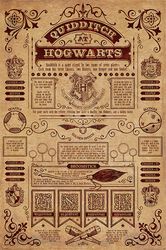 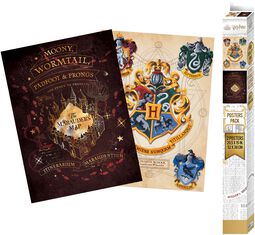 Wanderring what you can do to add a bit of magic to one of the rooms in your home? We’ve got just the thing…


The magic in the tale of Harry Potter might have bewitched us, but it was the humanity that cemented its place in our hearts. He makes lifelong friends in Ron Weasley and Hermione Granger, falls in love and helps save the world… a few dozen times. What started out as a children’s book quickly gained a far bigger fan base and, by the time the final film was released, the total value of the Harry Potter franchise was estimated at over $25 billion - making it one of the highest-grossing franchises of all time.


The world of Harry Potter became a home for many, and now you can bring that feeling to your home. The range of Harry Potter pictures available from EMP is simply spell-binding, each one sure to be a perfect addition to any room. The selection of posters and wall décor makes great use of the enchanting source material, conjuring up iconic imagery from the entire franchise.


Maybe a full landscape photo of the awe-inspiring Hogwarts is your top pick from our Harry Potter pictures. Wake up every morning and gaze upon the magnificent castle and grounds that depicted the magical school in the films. Or perhaps you’d pick one of our Harry Potter pictures that’s inspired by the characters from the film; either group shots of the whole ensemble or individual favourites, like Sirius Black.


They say a picture is worth a thousand words, so a Harry Potter picture inspired by the words conjured by J.K. Rowling is worth more than all the gold in Gringotts. Plenty of quotations from the novels make for inspiring and emotive prints, like Albus Dumbledore’s evergreen advice reminding people going through tough times that ‘Happiness can be found even in the darkest of times, if one only remembers to turn on the light.’


Other Harry Potter posters include the flags of the Hogwarts houses – Gryffindor, Slytherin, Ravenclaw and Hufflepuff – and the Marauder’s Map. Something we so wish was real. And no, dropping your pin on WhatsApp isn’t a satisfactory replacement.


Don't want annoying roommates disturbing your peace and quiet? The Password? - Fortuna Major Poster measures 53 x 158 cm and fits perfectly on your bedroom door, asking your visitors for a password - just like at Hogwarts, "The Fat Lady" is the guardian of the Gryffindor Tower - or your room! This Harry Potter wall decoration convinces with a colourful character print and beautiful details. If you're into wise sayings, you can also hang a part of Dumbledore's speech from "Harry Potter and the Prisoner of Azkaban" on your wall. The positive saying comes in a frame and creates a special highlight in the room. For more Harry Potter wall decor and cool Harry Potter home accessories, head to the EMP shop.

Whichever Harry Potter pictures you choose, you’re guaranteed a high-quality finish and fully licenced merch. Once you’ve got your Harry Potter posters picked out, don’t forget to check out the rest of EMP’s Harry Potter merch, from clothing to collectibles.