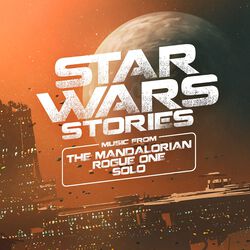 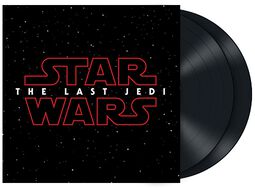 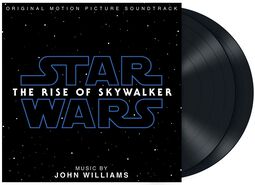 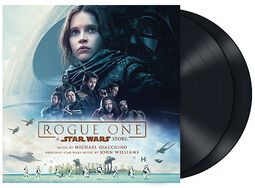 The original trilogy of the Star Wars saga was made in the 1970s and 1980s. Back then, home cinema was still called VHS, Video 2000 or Betamax at best. High-resolution images, 60-inch screen diagonals and surround sound were unthinkable at the time. Fortunately, those times are long gone. Today, every Star Wars fan can enjoy the highest quality in sound and picture - thanks to Blu-ray. At EMP you'll find a fine selection of Star Wars Blu-rays. Get the most successful space saga in film history in the best quality directly to your home. Naturally including English soundtrack, subtitles and many extras.


The Complete Saga of Star Wars on Blu-ray


No Blu-ray collection should be without it: the Complete Saga is part of the basic equipment of every Star Wars fan. It bundles the original trilogy and the prequels from the 2000s as an (almost) complete package. It tells the story of the young half-orphan Anakin Skywalker, who is instructed in the Force by Obi Wan Kenobi due to his great talent and ultimately fails mainly because of himself. Over six films, the epic story arc spans several decades and the entire galaxy. Compared to the available Star Wars DVDs, the Blu-ray offers the finest Full HD picture and first-class equipment. You've never experienced Star Wars like this before! As a set, the Complete Saga thus tells almost the entire story.


With Star Wars on Blu-ray, the makers have achieved a real masterpiece. The film material, some of which is over 40 years old, shines in the brightest brilliance. In the home cinema, the original trilogy flickers across the screen in the most beautiful Full HD thanks to Blu-ray. The sound also leaves nothing to be desired with DTS-HD on the German soundtrack, DTS 6.1 in English and additionally Dolby Digital 5.1 in Polish sound. With the right surround system, the X-Fighter flies right through your living room. Fans will jump at the chance. EMP offers you exciting hours with your new Star Wars Blu-rays!