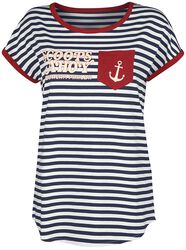 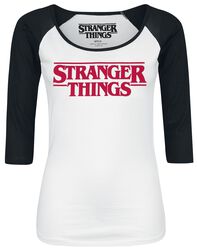 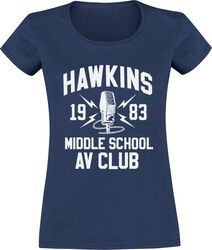 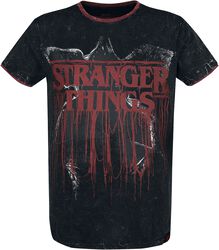 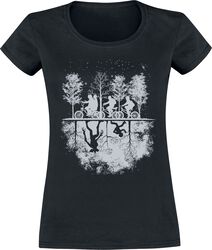 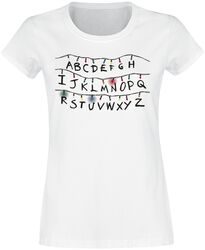 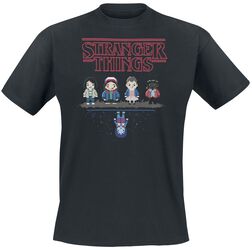 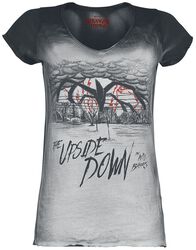 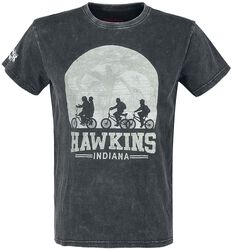 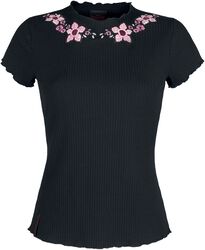 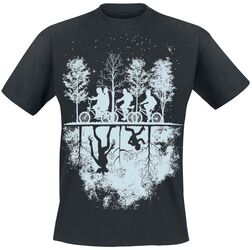 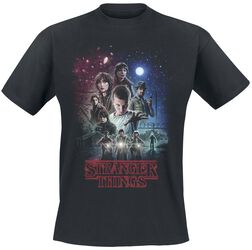 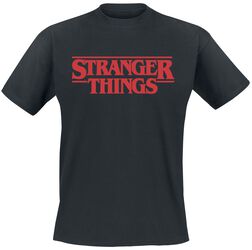 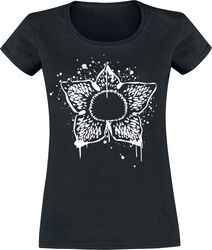 American streaming service Netflix succeeded in creating an unforgettable masterpiece that has cast a spell over generations of Sci-Fi fans. The mixture of 80s charm, original characters and a good dose of horror sets Stranger Things apart as something truly unique. But what’s also unique (...seamless link) is the range of amazing Stranger Things T-shirts available at EMP.

In the EMP online shop you will also find lots of Stranger Things merchandise that’s exclusive to EMP. Using our supernatural psychokinetic powers, we have stocked our online store with T-shirts in a variety of colours and styles, and just like the series itself, with their sci-fi motifs and retro looks, they are galactically good and will inspire compliments from fans.

Are you a big fan of Dustin, Will, Lucas, Mike and Eleven? Or do you just find the Demogorgon incredibly fascinating? No matter which side you’re on, with our Stranger Things t-shirts your favourite characters from each series can easily find a place in your wardrobe. Elaborate and varied, shirts are available with comic prints, detailed designs or casual slogans - the choice is huge. In addition to authentic motifs, many of the T-shirts also feature contrasting colours, ensuring that your new fan products will immediately catch the eye.

The Vanishing Of Will Byers

Mild mannered and loveable Will Byers doesn’t even make it through the first episode of series one before his sinister ordeal begins. On the way home from school, he sees something even more terrifying than missing out on exclusive Stranger Things merch, and after encountering the creature he mysteriously disappears.

After discovering his disappearance, Wills three best friends, Lucas, Mike and Dustin, start searching for him. On the way they meet a girl in the woods wearing a hospital gown and the 3 young heroes formulate a plan to help Eleven and find Will.

In addition to the exciting plot and the mysterious atmosphere, Stranger Things naturally also focuses on the typical 80s look. Be it cassettes, BMX bikes or skateboards, the 80s are omnipresent throughout the series and this is carried forward onto Stranger Things T-shirts. Neon signs, old microphones, contrasting raglan tops and faded fabrics are all popular features. So while you’re waiting for the next series of Stranger Things to air on Netflix, you can surround yourself with a nostalgic burst of 80’s inspired clothing.

Undeniably one of the greatest joys in life is when the Stranger Things logo appears in the opening credits and, full of anticipation, you're waiting for the next episode to start. The Stranger Things lettering has recently also become a symbol for a new generation of sci-fi fans and cuts a fine figure not only on the screen, but also on T-shirts. Living up to the idea that less is more, the simple red lettering is what makes the logo so unmistakable. Plain shirts with the distinctive red lettering can easily be combined with any casual outfit and are ideal for any lazy day or an evening on the couch.