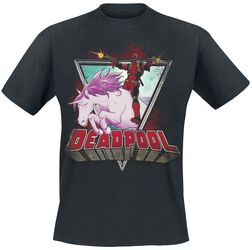 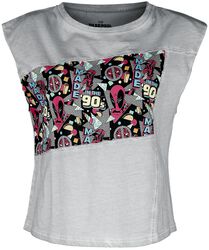 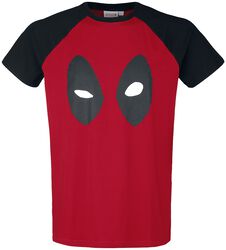 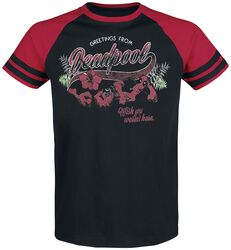 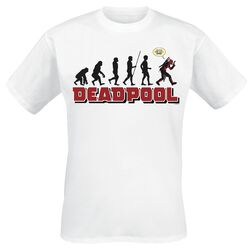 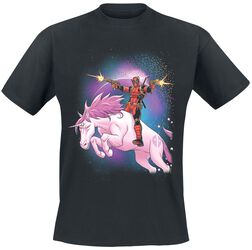 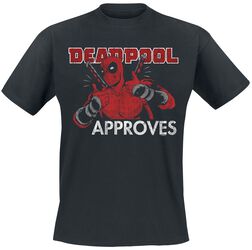 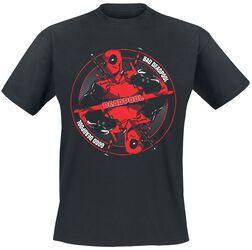 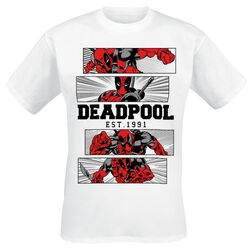 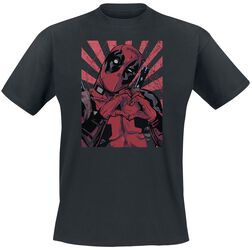 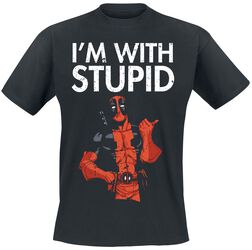 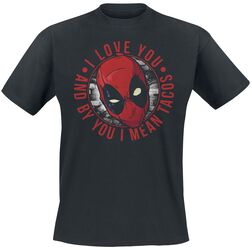 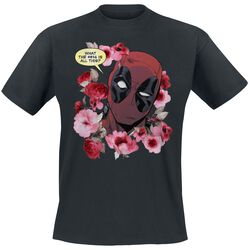 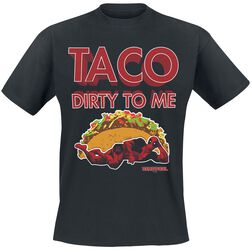 The hired hitman, Deadpool, always gets the job done. And these Deadpool tees hit the target too…


Deadpool might just be the most unlikely Marvel superhero of all time, but we like doing things differently at EMP. This magnificent(ly weird) man – the Merc with a Mouth - first appeared on the pages of Marvel Comics back in 1991 in The New Mutants series, created by Rob Liefeld, and has since transitioned to the mainstream following the release of his first feature film in 2016.


Deadpool had long been a cult favourite among comic fans but it was the lead up to his own Hollywood movie starring Ryan Reynolds that turned him from cult icon to pop culture icon. The film was a massive success, reaping in over $780m at the box office. Even more impressive considering it was Rated R (the US equivalent of an 18). It set records at the time for the highest-grossing rated R film to do so.


The film introduced the story many comic fans knew about – that of a disfigured mercenary, Wade Wilson. Scarred and downtrodden, Wade Wilson is a dishonourably discharged special forces operative who ends up working as a mercenary and assassin, and later he receives a terminal cancer diagnosis that sparks his journey into becoming Deadpool. He ends up with superpowers of regeneration, keeping him alive no matter what.


Hardly a Captain America type role model, Deadpool becomes the foul-mouthed, morally-questionable hero. He isn’t all bad, but he isn’t all good… unlike our Deadpool t-shirts, which are certified great.


Available in a range of different styles, our Deadpool tees take inspiration from both the comics and the movies. Designs include classic images of Deadpool from the comics and visuals that play on the dark, twisted sense of humour that the franchise is known for. A ‘Wish You Weren’t Here’ riff on a postcard featuring a vacationing Deadpool sends a message, for sure. Whichever Deadpool t-shirt you choose, it’ll become your newest go-to item. Pair them with jeans, rock a jacket underneath and you’re ready for action.


The Deadpool tees come in a range of inclusive sizes for both men, women and children, so everyone can find their right fit. What’s even better than the range of designs and sizes is that many of our Deadpool t-shirts are EMP exclusives! These limited edition items make for a special gift – for yourself or a fellow Deadpool fan.


Once you’ve hit the target with your newest Deadpool tees, check out the rest of our official Deadpool merch!