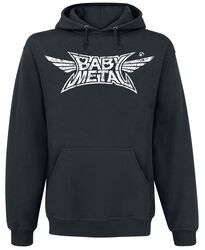 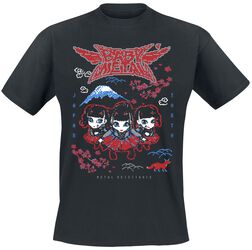 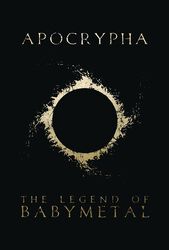 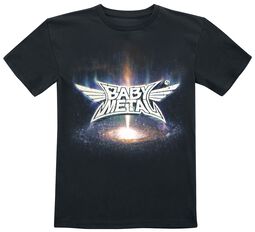 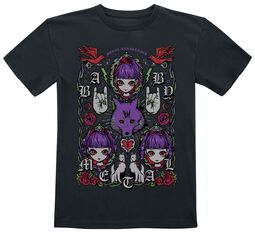 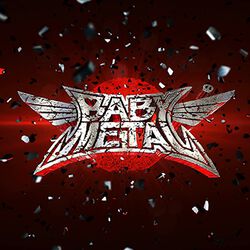 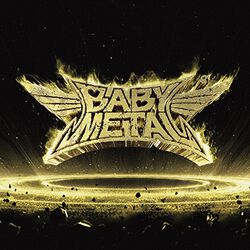 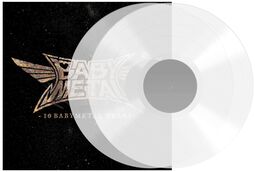 J-Rock. Kawaii metal. Japanese idols. Babymetal pioneered it all. Sometimes, rock might feel distinctly western – there’s the all-American vibes of denim and guitars, or the distinctly German feel of the underground industrial metal scene with bands like Rammstein leading the pack – but never count out the East to innovate. Enter: Kawaii metal

Sometimes known as idol metal (referring to the Japanese idol genre, of creating brands out of people and bands), cute metal, or kawaiicore. Kawaii metal blends elements of heavy metal and Japanese pop (J-pop). Kawaii metal is often identified by its merging of heavy metal instruments and compositions with ‘cuter’ lyrics and stereotypical Japanese aesthetics.

The original line-up of Babymetal included 'Suzuka Nakamoto' – known as 'Su-metal'. 'Moa Kikuchi' (Moametal), and 'Yui Mizuno' as 'Yuimetal'. Yui left the band in 2018 due to poor health but Babymetal continue to solidify their legacy as metalheads with a difference.

Their passionate fanbase are known collectively as ‘The One’, so if you consider yourself a member and are looking for 'The One' place that sells the latest Babymetal merch, you’ve found it. Our online Babymetal UK store includes a wide selection of gifts and goodies. Rock a Babymetal t shirt whether you’re off to work or off to the gym – because keeping up with hardcore J-pop melodies and metal instruments requires a certain level of fitness. Other Babymetal merchandise from EMP includes limited edition releases of the band’s biggest albums, including the game-changing "Metal Galaxy! and a recording of the band’s triumphant take-over of Wembley in 2016.

Much like the global domination of K-pop with bands like BTS outpacing even the likes of Beyonce, Rihanna and more, Babymetal brought their J-pop flavour of metal to the masses.

In 2016, Babymetal became the highest-charting Japanese band ever in the UK’s Official Charts history with the release of their album "Metal Resistance". The album landed at Number 2 on the UK Rock and Metal Albums chart and Number 15 in the overall charts.

Babymetal found similar success in the United States. "Metal Resistance" was the first Japanese album to chart in the Billboard Top 40 in over 50 years, reaching the peak position of Number 39 in its first week.

Initially dismissed by some as a gimmick, the dedication to the craft of kawaii metal has won Babymetal fans the world over. Their concerts are a mix of hardcore metalheads and younger generations cosplaying as Su-Metal or Moametal. They are here to stay. When it comes to respecting the metal pioneers, nobody puts Babymetal in the corner.