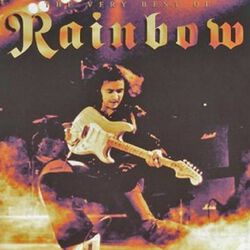 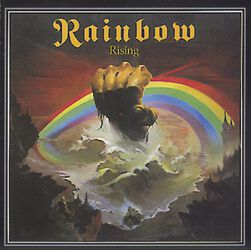 They say if you follow a rainbow, you strike gold. But when it comes to Rainbow the rock band, they are gold for appreciators of British rock.

Neoclassical metal is a subgenre of metal that fuses elements of classical music with Hard Rock. The unique sound of neoclassical usually includes incredibly technical instrument playing. Rainbow are one of the innovators of this genre thanks in part to Ritchie Blackmore.

Rainbow wasn’t Blackmore’s first foray into metal, but it was his next step after being a member of Deep Purple. Deep Purple – famous for timeless tracks like 'Smoke in the Water' – allowed Ritchie Blackmore to begin setting the foundations for what would become Rainbow’s sound, as he played with heavy metal, classical melodies and elements of blues rock.

Deep Purple, together with Led Zeppelin and Black Sabbath, have been referred to as the ‘unholy trinity of British hard rock and heavy metal in the early to mid-seventies.’ As a member of Deep Purple, Blackmore was inducted into the Rock and Roll Hall of Fame in 2016. He is often cited by various publications, critics lists and more as one of the greatest and most influential guitar players of all time.

Clearly a lover of heavy metal subgenres and bands named after colours, Rainbow was born after finding worldwide acclaim in Deep Purple and allowed Blackmore to experiment with different stylings across albums such as "Difficult to Cure" (1981) and "Straight Between the Eyes" (1982).

Over the years Rainbow changed their hues, switching line-ups and leaving Blackmore as the band's only constant member.

No need to search too far for the pot of gold when it comes to Rainbow merchandise. The EMP Rainbow band merch store has fully licenced, authentic merchandise from the iconic British rock band. Rainbow merch available includes re-releases of some of their biggest albums, special releases of their live shows and more.

We’re always chasing Rainbow’s merch, so keep checking back for the latest heavy metal band t-shirts and merch added across our site.