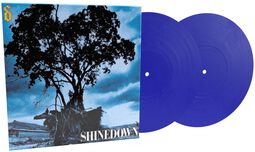 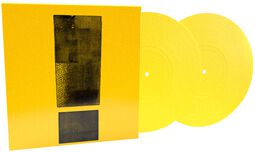 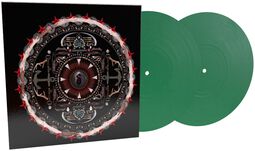 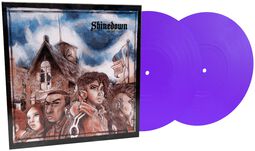 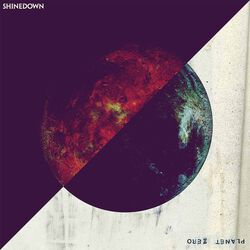 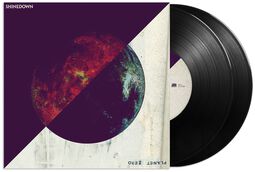 What do you get when you combine Stone Temple Pilots, Otis Redding, Pink Floyd, and Iron Maiden with Etta James, Ella Fitzgerald, The Doors, Soundgarden, and Metallica? A line-up Glastonbury could only dream of – but also Shinedown.

The rock band hailing from Florida have listed all of the above as their musical and song-writing inspirations, and it could be why they’ve been so successful for the last two decades. Celebrate a band with twenty years in the game with our Shinedown merchandise covering iconic moments throughout their career.

The merch available exclusively through our EMP Shinedown UK store includes a selection of Shinedown t-shirts and limited-edition LPs from their distinguished discography, including Leave a whisper, Amaryllis and The Sound of Madness.

Shinedown have covered the gauntlet of rock and roll sub genres throughout their career, with many critics and experts struggling to pinpoint exactly what they are – which is what makes them Shinedown. They are simply themselves. A consort of artists championing and challenging the rock genre through an evolving fusion of hard rock, nu metal, grunge and even pop-rock.

Far from being jack of all trades, masters of none, Shinedown have sold more than ten million records worldwide, and have had the most number one singles on the Billboard Mainstream Rock charts out of any band in history, with a total of 16.

After a few trials with different members, the current line-up that’s proven to be a success are Brent Smith, Barry Kerch, Zach Myers, Eric Bass. They found success early on with their acoustic remake of the legendary Lynyrd Skynyrd’s ‘Simple Man’. The song went viral, and remains popular today, with the video alone having garnered over sixty million views.

They use their sound for political reasons too, rallying against issues they thought important. The band were vocal protesters of George W Bush’s presidency. Most of their third album, ‘The Sound of Madnes’ – available from the Shinedown UK store on EMP - was focused on the US politics of that time. ‘Devour’ was the band’s first political song, inspired by their visit to the troops in Iraq.

From transcending genres to taking aim at institutions of power, the spirit of rock’n’roll is alive and well in Shinedown, the little band that could. From the coastal town of Jacksonville, Florida to selling out stadiums, get a piece of the action with our Shinedown merch today.