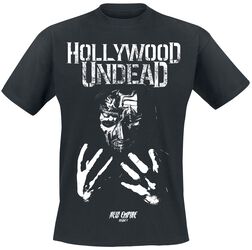 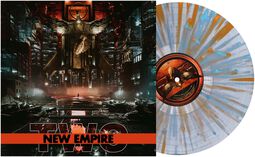 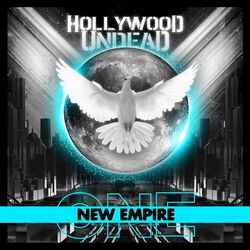 Hailing from the streets of Hollywood, California, the band walked the walk and talked the talk, mixing a jarring, captivating and juxtaposing sound of aggressive rock, brash hip-hop and elements of metal core to deliver a unique sound.

With outlandish aliases – the current band members include J-Dog (Jorei Decker), Funny Man (Dylan Alvarez) and Johnny 3 Tears (George Ragan) – and trough the use of masks in their performances, the band play with themes of identity and performance. The reason why they wear masks is not to hide their identity, but to skewer the perception of fame. J-Dog said in an interview that they came up with their masks because ‘they didn't sound like anyone else, so why would they wanna look like anyone else?’ Each member's mask has its own design.

The band have released seven studio albums, with their second (American Tragedy) and third (Notes from the Underground) their biggest chart hits, landing at number 4 and 2 on the Billboard 200 respectively. Their debut album, Swan Songs, has been certified platinum, indicating at least one million sales.

Hollywood Undead have another unique factor in their fame – they were one of the first to come up through social media. The group started as the musical project of J-Dog and Tha Producer in June 2005, uploading music on MySpace. Everyone’s old friend Tom – yes, MySpace Tom – featured Hollywood Undead's song ‘No. 5’ on MySpace's first compilation album, in addition to giving them the distinction of being the first act signed to the site's new record label (distributed by Interscope) in 2005.

After a while, and their contract with Interscope coming to an end, Hollywood Undead decided to blaze their own trail. They set up their own label, Dove and Grenade Media, in collaboration with BMG. The first single, ‘California Dreaming’ was a scathing look at the inequalities between the two sides of Los Angeles culture. The band have continued to tour and release new work, including most recently in 2020, New Empire, Vol. 1, which introduced a newer, more electronic element to their sound. The like-minded sequel, New Empire, Vol. 2., followed at the end of 2020, proving that nothing can stop Hollywood Undead from walking – and rocking – the earth.

Whether you remember the band from their MySpace days (time for night cream?) or you’re a newer follower of the people who wore masks long before it was mandatory, our collection of Hollywood Undead merch is sure to please any fan. From Hollywood Undead t-shirts and other clothing to the band’s albums, bring life to your style from our Hollywood Undead shop.