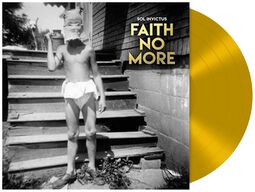 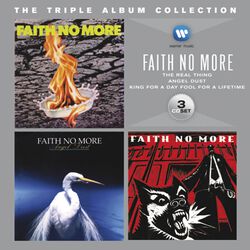 No other fandom required quite as much faith in their artists as those who follow Faith No More. We can’t verify this for sure, but we’d hazard a guess that no other band had so many issues before they’d even put out their debut album. Before they were Faith No More, the group were 'Sharp Young Men'.

Formed in 1979, then-lead singer Mike Morris described their first name as a piss-take on all the ‘elegant’ groups at the time – but Sharp Young Men weren’t quite cutting it. So, a new name proposed was 'Faith In No Man' which was changed again to 'Faith No Man' for the release of their first single. But, it turns out there really is a lot to a name, as 'Faith No Man' finally became 'Faith No More' following the exit of various members, including Morris. The remaining band members settled on Faith No More to accentuate the fact that the Man (as in Faith No Man) aka Morris was no more.

By the time they eventually recorded their first album in 1985, the band had already trialled a string of lead vocalists, including Hole’s Courtney Love.

On debut album, "We Care a Lot", Chuck Mosley's abrasive vocals took centre stage, backed up by Jim Martin's metallic guitar. But even that wasn’t to stay. Eventually, they found their sweet spot, where the prog rock, heavy metal and rap elements complemented rather than competed. This was on their 1987 album, "Introduce Yourself".

Once they’d established their place in the industry, the line-ups continued to change, but the sound remained consistent across their critically and commercially successful studio albums, which included "The Real Thing" (1989), "Angel Dust" (1992), "King for a Day… Fool for a Lifetime" (1995) and "Album of the Year" (1997). The band split in 1998 but have since returned with new albums and tours.

If you’ve followed them through every split, hiatus and line-up change, that should be rewarded. Celebrate your loyalty with some of our official Faith No More merchandise, perfect souvenirs of a tumultuous but iconic legacy. Our Faith No More merch includes Greatest Hits CDs and limited edition re-released LPs.